0
Polipo in pignata , the recipe from Salento
29 December 2021
28 December 2021 by alocandatumarchese in Walk in the village 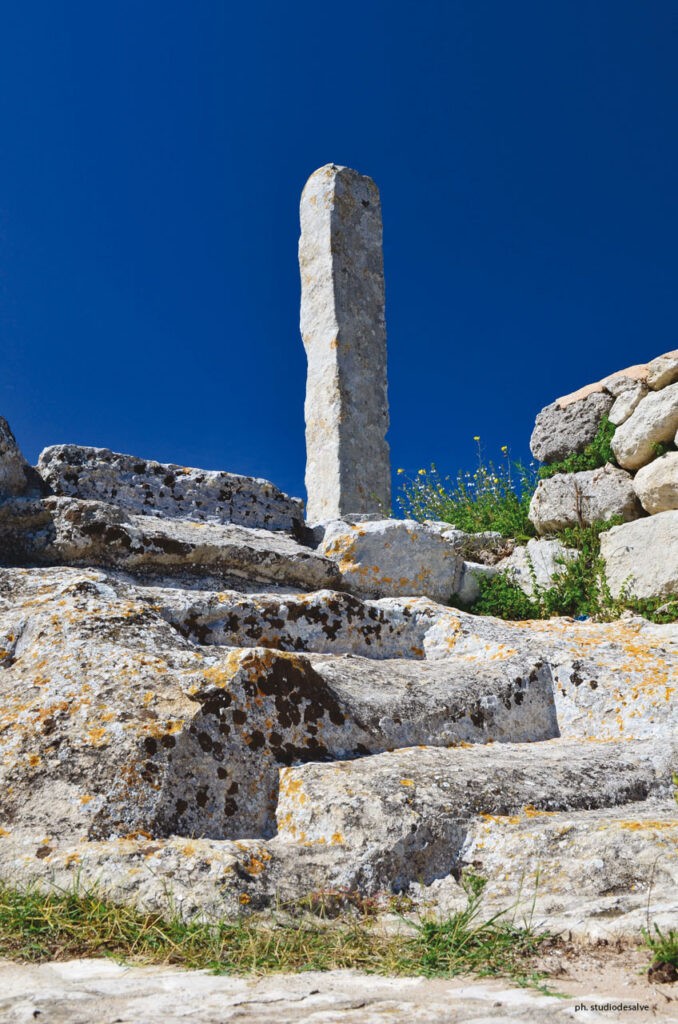 Many scholars who have written about the origins of Ugento never agreed on the period of its foundation, and have supported various and conflicting hypotheses; however, and on this there is unanimity of consensus, its origin is lost in the mists of time.

An evident proof is given by the archaeological finds of prehistoric origin found in the area, including the Menhirs of which we can , still today,  admire two examples set on the periphery of Gemini and on Terenzano masseria. Around 1500-1000 BC the Messapi settled in the area; indelible marks of this settlement are the important walls whose perimeter was about 4900 km with an urban area of about 150 hectares; their thickness ,still visible today in some points, measured approximately between 6 and 8 meters and were constructed using large squared blocks. In this period the town was great, prosperous and powerful, and  had its own mint. During the Roman Empire, Ugento entered the great expansionist design of Rome,and became a Roman ally. The outbreak of hostilities between Rome and Carthage let the Messapian towns to form an alliace with Hannibal hoping to regain independence and ancient autonomy.

Thus the harbour of Ugento, just like all other messapiac ports, was used for the landing and provisioning Hannibal’s army. This alliance was paid for at a eavy price,because of the end of the war in favor of Rome. 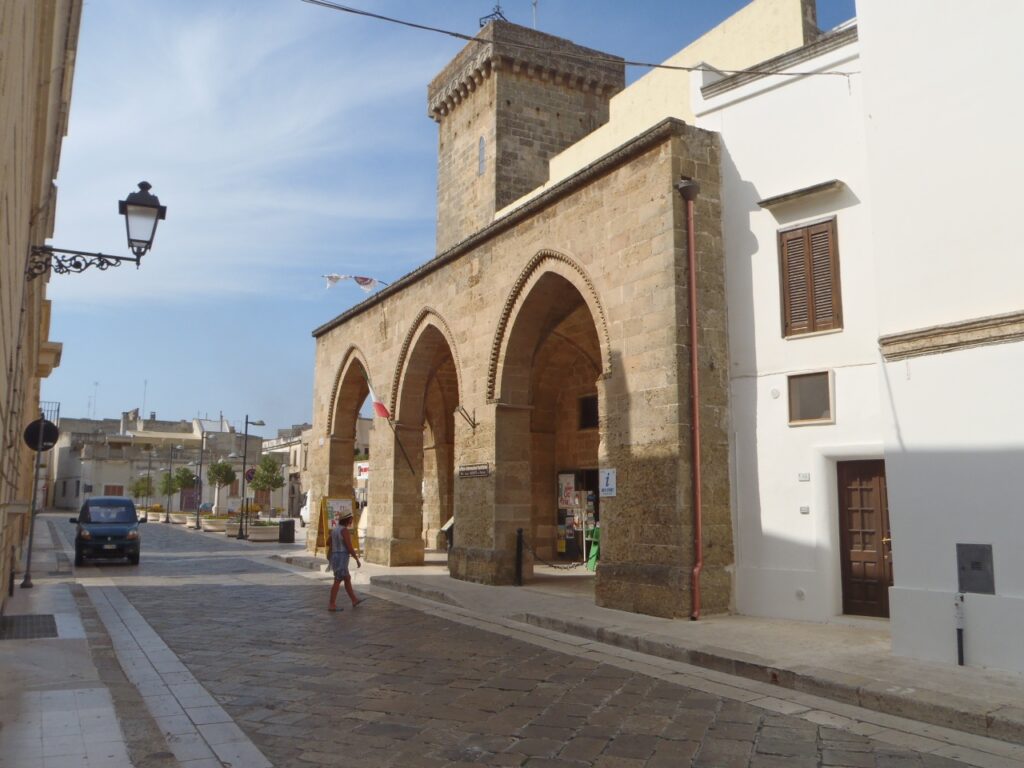 In 82 BC, Ugento became a Roman municipality. This period is characterized by the establishment of several villages in the territory, such as Paternò, Geminiano (Gemini), Varano, Pompignano, etc.

Ugento was the setting for ferocious barbarian invasions: in 409 by Visgoths, in 410 by Vandals, in 405 by Heruli, in 489 by Ostrogoths, in 454 by Alemanni and Franks, and finally in 545 by Goths, who destroyed the town, which was destroyed again by the Saracens in 842.

Under the Norman conquest, about 1200, people in Ugento enjoyed better times: the center received the the re-election of a Latin bishop instead of a Greek one. There are proofs tat at the end of the 9th century, the town became for the first time domination of  Pecicco from Trebigne, who was the Dalmatian King’s cousin.

In 1195 the Barony of Ugento was incorporated into Reign of Taranto, which Federico Barbarossa granted to his son Henry IV. 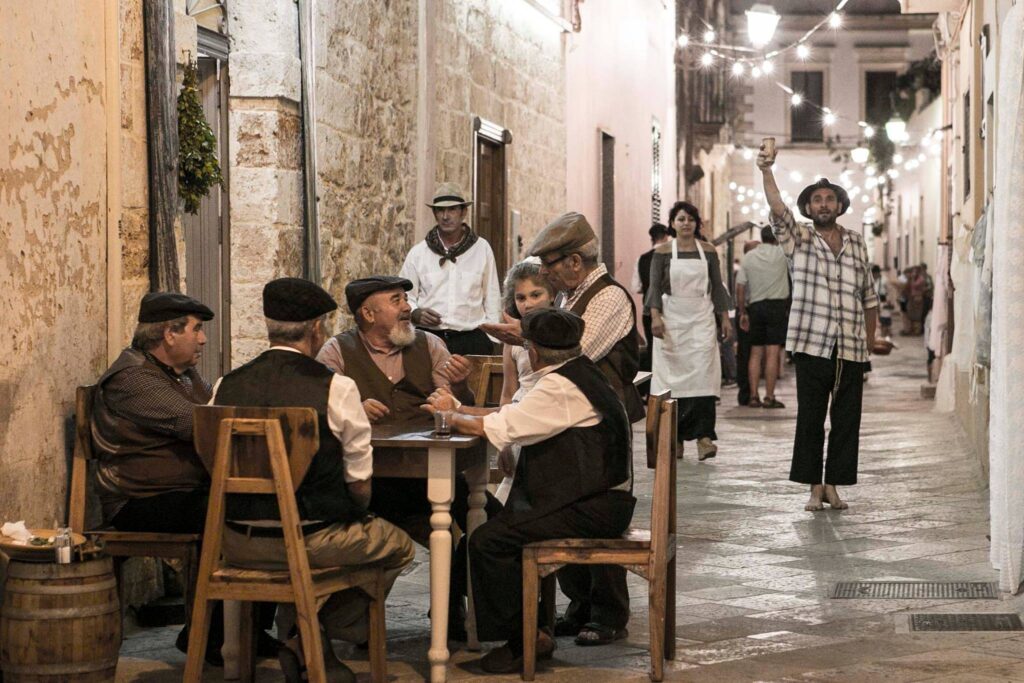 In 1537 Federico Barbarossa’s army invaded the town which was destroyed again. Moreover about 1880, as indeed in most Italian cities, in Ugento several small buildings were knocked down to make room for the current Piazza Vittorio Emanuele II and the construction of some roads that now make up our old town.

Let’s discover what you could visit in Ugento and experience with local people.

Our historic home with restaurant “A Locanda tù Marchese” is located 15 km from Ugento, an excellent opportunity to take a tour and discover the unexplored territory of the Serre Salentine, and also one of the places where local tradition has never ceased to exist, alive and authentic, from cured meats and cheeses, to bread, pasta, tomato sauce, all of our production.