0
From Matino to Santa Maria di Leuca by bicycle: it can be done!
05 November 2019
Next

The aubergine of Santu Ronzu or merangianata te Santu Ronzu is a kind of pie made with fried aubergines, variously stuffed, sprinkled with tomato sauce and baked in the oven. 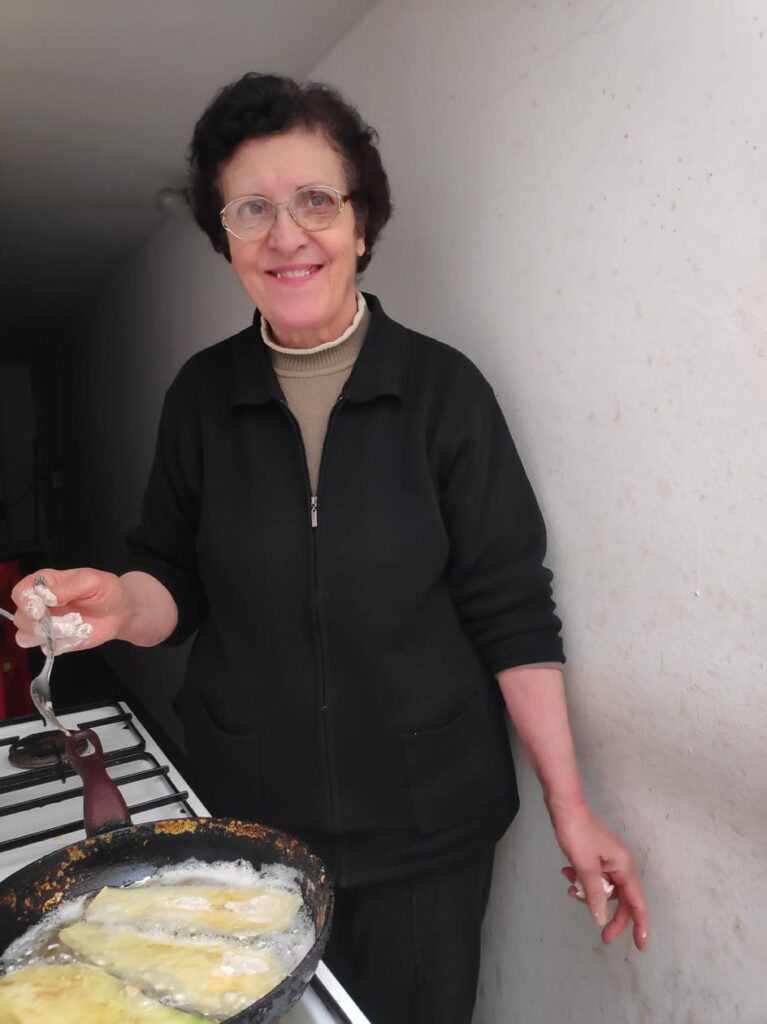 In other circumstances we have already referred to Salento as a cultural island, with an affinity more with Greece and Sicily than with the rest of Puglia. It is not always easy to establish how much these derive from parallel historical paths, or from direct influences with these peoples. The predilection of the Salento people for aubergines has no equal in the rest of Puglia, but rather links with Sicily.

Salento is considered by various researchers to be the elective homeland of Parmigiana, of which the Merangianata te Santu Ronzu can be considered a sort of prototype. In fact, in Salento, from country to country, there are various versions of Parmigiana, some of which closely resemble the Greek moussaka, hence the probable Hellenic origin. This version of parmigiana can also be an ideal single dish for outdoor picnics, and together with the cockerel, it mades the traditional menu that is prepared on the occasion of the feast of Sant ‘Oronzo (25-26-27 August in Lecce). 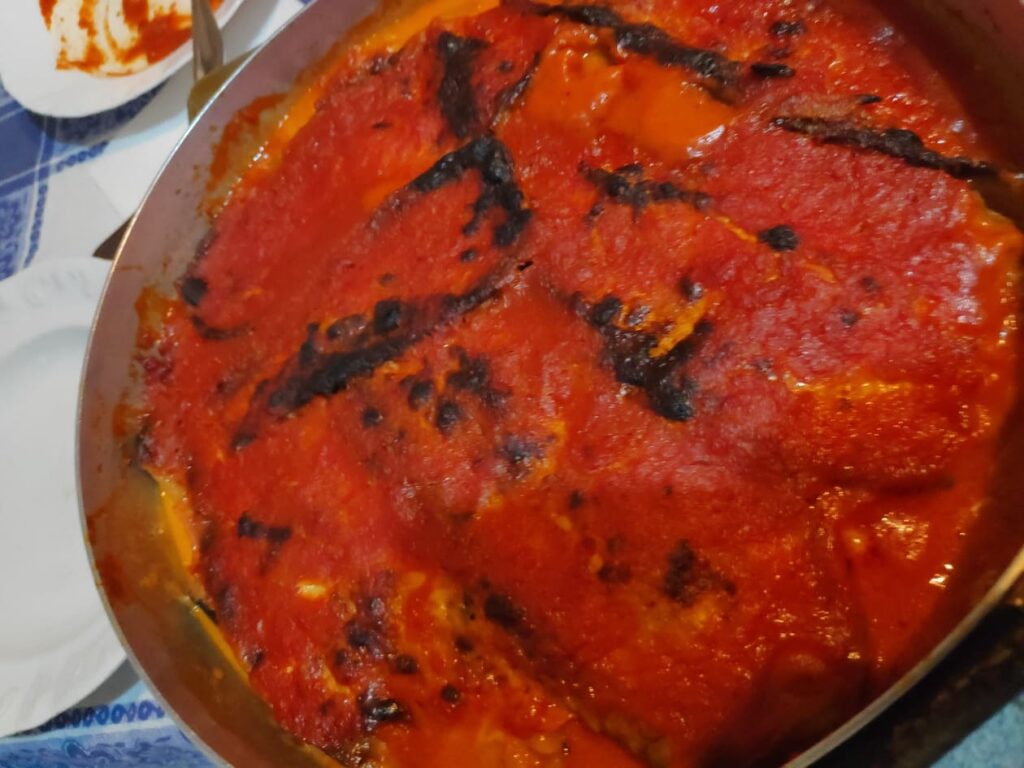 The aubergines are cleaned and sliced, passed in the batter (or first in the beaten egg and then in the flour) and fry in abundant extra virgin olive oil (traditionally … of course it is possible to use other types of oils that make better and burn less).

They are drained when browned and arranged in layers in a pan, sprinkling with fresh tomato sauce with basil, grated pecorino cheese and optionally, capers in vinegar; it ends with tomato sauce and cheese, is cooked in a very hot oven and served immediately.

Traditionally it is used to cook it on the grill using the traditional country oven which is a large galvanized sheet lid on which the red-hot embers are placed.

The one described above is one of the versions, so to speak among the most orthodox, but there are many other richer ones, which use instead of capers, sliced ​​hard-boiled eggs, mozzarella or caciocavallo, and slices of salami or mortadella with pistachio or even meatballs of beef fried and sautéed in tomato sauce.

You will find this and many other typical recipes in our Locanda in Salento, an ancient historic residence in the village of Matino.